Another one of those tools you wish you had but could not afford for the few times you would use it. Making it is another story, this one. 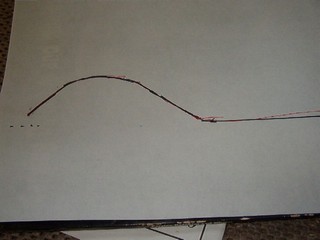 I recently tried a few methods of making a swan neck hollowing tool. A while ago I had made one of 3/8" diameter, but I wanted one of 1/2" diameter to reduce chatter in vessels over 5" in depth. I began with a piece of 1/2" cold rolled steel and prepared a sketch of the desired tool. The first couple of inches I wanted straight to facilitate the drilling of a hole for the cutting tip. I also planned to have the tip in line with the center line of the handle. 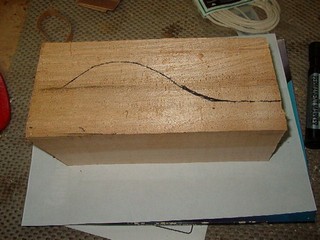 The sketch was transferred to a block of maple and cut out on the bandsaw to make a mold for the steel rod.. 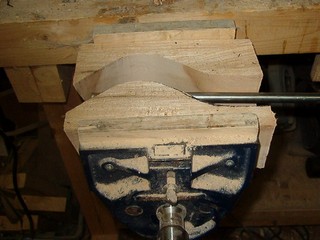 I dropped it into my bench vise and squeezed it into the form. The vise was easily repaired. There is a lot of pressure required for a cold bend like this. 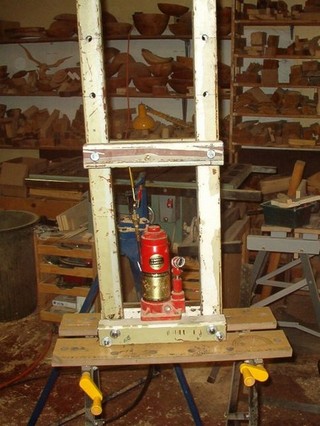 As I had a six ton hydraulic jack on hand I decided to try it with a home made press. So far the budget was really nothing except the length of rod. I splurged on a length of 3/4" all thread and some nuts and washers. I had some square steel tubing on hand but I could have used galvanized pipe and later used it for pipe clamps or for tool handles. The make up of the press is pretty self explanatory from the pictures. 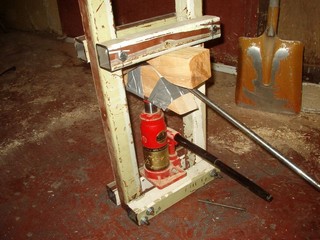 In goes the steel and the jack is slowly raised for the first bend. 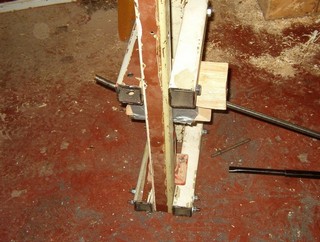 Some careful positioning and the second bend is accomplished.

Then I checked it with my sketch and realized a bit of tweaking was needed. I decided to bend it a bit at the point where the arrow directs.

I fiddled a bit with the blocks first to make them easier to handle and was ready to go. 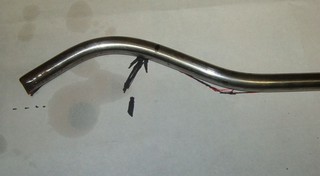 Now that looks much better.